Sequence: A Brief Conversation with the Multi-Talented Arun Lakra 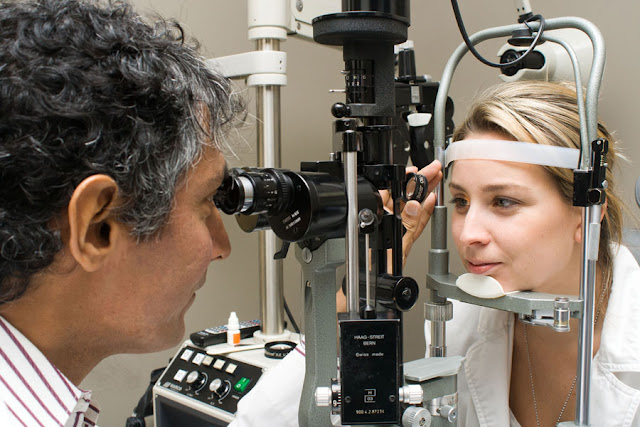 Arun Lakra is an artist; a playwright, screenwriter, songwriter and creator of self-described “goofy videos” (check out Hey There Iginla or The Lockout Song - No More Merch on YouTube). He is also a practicing eye surgeon, which may initially seem to pose a bit of a contradiction, but is in fact integral to his rich creative output.

Downstage is delighted to be producing the world premiere of Lakra’s play Sequence in February. The play was the Grand Prize winner of the Alberta Playwriting Competition and one of three finalists for the prestigious STAGE International Script Competition for the best new play about science or technology.

Sequence tackles questions of science, luck and faith through two interwoven stories – a blind genetics professor’s encounter with an exceptionally unlucky student, and a confrontation between a pregnant young science major and an author who has won fame and fortune by successfully predicting a high-profile coin toss for nineteen years in a row. I was instantly impressed with Lakra’s ability to playfully dive into complex questions while creating a theatrical world that is rich and suspenseful. 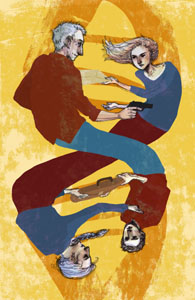 So as I got ready to call him for our interview, I found myself getting a bit nervous – would Arun think my questions too simple or obvious? But really, I had nothing to fear – he is an affable, generous individual who just happens to gravitate towards projects that in his words, “give [him] a headache”.

I asked Lakra to describe the balance that he’s found between science and art as someone with active practices as both a writer and an eye surgeon. He laughed. “I think it’s the imbalance I’ve found, probably,” he finally answered. “It all started near the end of med school. I’d always had a predisposition towards the artistic side but I had neglected that quite badly, so I decided I wanted to make an effort towards cultivating that side of things.” He explained that he didn’t initially have any specific goals and intentions for his creative outlets but noticed that when he didn’t write, he would get cranky and miserable. “Ever since that time, I’ve done my best to try to satisfy both sides as best I can.”

This has taken a couple of different forms for Lakra. “Initially, I would divide my time in a sequential fashion… I would write for a bit, then practice medicine for a bit,” said Lakra.” Since starting a family, he has found it best to divide his week into two. “I have some days when I go to my real day job and some days where I go to my other job… and sometimes it works, sometimes it doesn’t,” he laughed.

Sequence draws on a number of scientific and statistical concepts, and I had assumed that was heavily informed by Lakra’s scientific background. He insisted though that he still had to do a lot of research. “I had to draw on my undergraduate genetics textbook and that sort of thing,” he said, “but there were also some pretty big deficiencies in my knowledge along the scientific line of thinking. And there’s a significant math angle to this play as well. Fortunately, I have a friend who is a mathematician.” He also spent a lot of time exploring debates between religious and scientific ideologies. 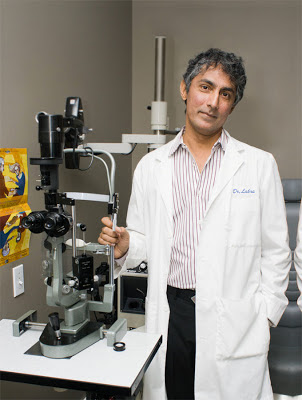 “One of the things that I stumbled on that kind of brought the whole play together for me is that one of the arguments to say that God has to exist is along the lines of that it’s so statistically improbable for us to have developed without the existence of God, that therefore God has to exist. So it almost became, you know, whether God exists is a question of statistics, which I thought was quite interesting. If something is so statistically improbable, then can you say that it actually could never occur?”

Sequence began as a bit of an experiment for him, he explained. “I wanted to try to do something where the form and content mirrored each other and hopefully enhanced each other. I wanted to write a play where it was possible that things could have happened in either order, depending on how the audience perceived it.” This importance of the order of things is woven throughout the play - do you say Ernie and Bert or Bert and Ernie? And which pant leg do you put on first?

I posed that question to Lakra as we wrapped up our brief conversation. There was silence on the line, then another laugh. “Uh… excuse me while I put down the phone. Uh… I think… as I’m doing the mime… I think I’m a left leg first person.”

To learn about the significance of the pants-leg-on (or “PLO”) question and the other fascinating questions Lakra explores, check out the world premiere of Sequence from February 20 - March 2, 2013 in EPCOR CENTRE’s Big Secret Theatre.

Visit www.downstage.ca for tickets and info. 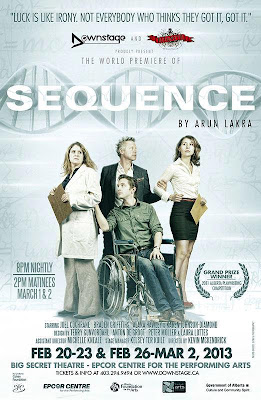 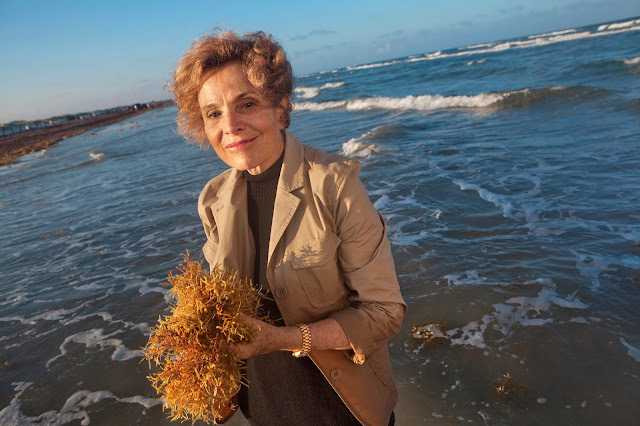 Five Things I Bet You Didn't Know About Sylvia Earle!

National Geographic Explorer-In-Residence Dr. Sylvia Earle has been named a “living legend” by the Library of Congress and the first “Hero for the Planet” by Time magazine. But there's some things along her long and storied career that you may not have known:

1. Sylvia Earle has spent over 7,000 hours underwater and authored more than 190 scientific, technical, and popular publications.


2. Sylvia Earle's lifelong love affair with the ocean started when her family moved to Florida when she was 12 years old.


3. Sylvia Earle holds the world depth record for a solo dive of 1,250 ft.
4. Earle acquired the nickname "The Sturgeon General" when she became an outspoken advocate for tuna conservation.


5. In 1999, Sylvia Earle appeared on Episode 1739 of Mr. Rogers' Neighbourhood to talk about the hydrophone, which allows people to hear the noises that fish make underwater. 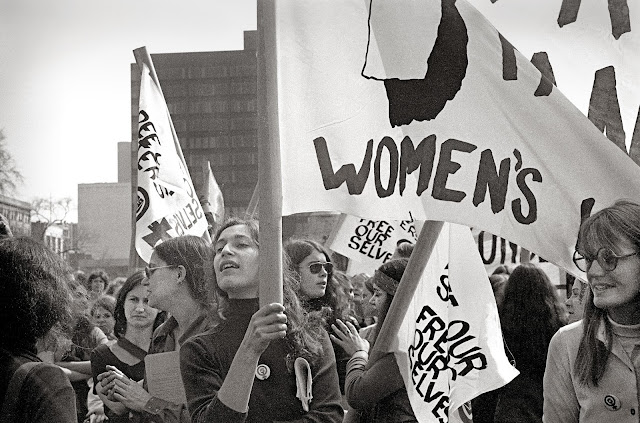 Artists or Activists: In Celebration Women of the Past and Present

On March 8th, the world will celebrate International Women’s Day!Take a moment to acknowledge, love, and appreciate the women around you for their intelligence, beauty, humour, strength, and achievements.March 9th, the Window Galleries at Arts Commons start to feature the work of four Calgary artists, whose pieces share an interest in depicting ideas of gender, identity, and power dynamics. The show aims to create a space where the female identity is not just celebrated, but depicted in a variety of forms, from golden sculptures to digital prints.  The keen observer will question what it means to be female and how these artists connect as such. Is it the physical body, the XX chromosome, the F on your birth certificate, or something else?
Marzieh Mosavarzadeh'scollection of photographic prints Is she staring at me, or am I staring at her? are a self-portrait of constant shifting and overlapping identities. 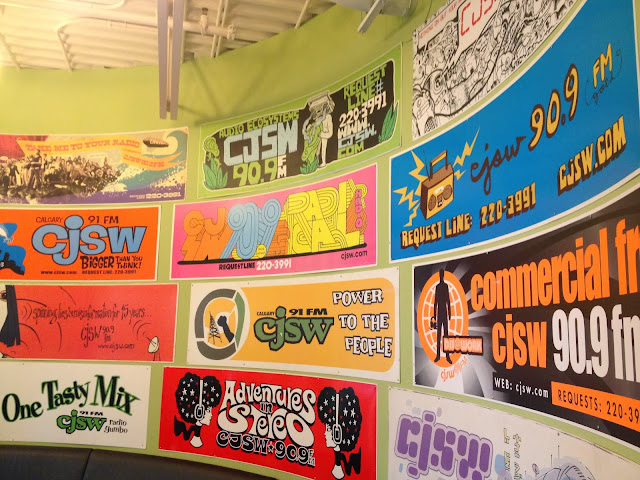 
There’s a tiny universe thriving on top of CJSW Station Manager Myke Atkinson’s desk. Enveloped within the confines of an 8-inch glass terrarium, a miniaturized ecosystem of pleasingly-arranged plantlife reminds the head of 90.9FM, Calgary’s campus and community radio station, that the small things matter. Still, Atkinson realizes that, unlike his pint-sized biosphere, a vibrant and productive organization cannot exist within a bubble of isolation.

“I see the station as a vehicle for Calgarians to be exposed to the wide breadth of amazing things happening in Calgary's arts community,” Atkinson illuminates. “We're lucky at CJSW to have so many DJs with their ears to the ground in their respective scenes. The collective of all these voices is a true all-genre encompassing showcase of the amazing things happening in our city.”
Tracing its twisted roots to an agrarian varsity broadcast back in 1955, CJSW… 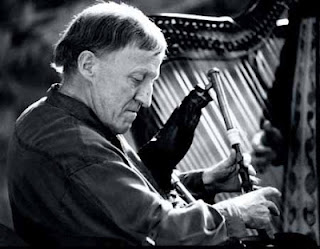 Celtic Instruments 101 with Paddy Moloney from The Chieftains

Music scholars might talk about the geography of the Scottish and Irish regions, or the orally-transmitted lyrics and stories. They might mention the melodic forms of the ‘jig’, or the Gaelic pentatonic scale.

But for most of us, it is simply the sounds of the instruments that help us identify a Celtic tune. So here are some instruments that take us to the Emerald Isle, with some input from Paddy Moloney of The Chieftains, now on their 50th Anniversary Tour! 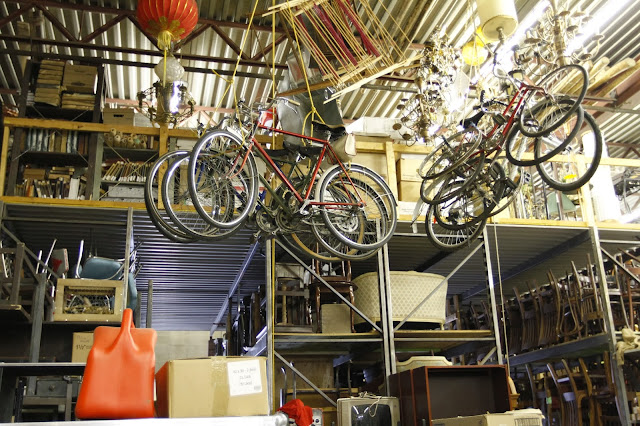 The Theatre Calgary Props Warehouse: Where second hand things get a new life


Many of us love going to the theatre to escape reality and be taken on a journey to another place, in another time. The scenes and sets created for Theatre Calgary productions can take us from the era of Pride and Prejudice to the east coast of Canada in Anne of Green Gables and then to the time of A Street Car Named Desire, each set unique and authentic to its time.

The visions for stage sets and scenes are created by talented artistic directors, and eventually those visions are sourced, coordinated and made tangible by people like the passionate and talented Lillian Messer, head of props for Theatre Calgary. Recently, I had the opportunity to meet Lillian and take a tour of the packed-to-the-rafters props warehouse. This magical place is not just a holding place for props, but home to items that have a varied history both in and out of the theatre world.


Upon walking into the warehouse,… 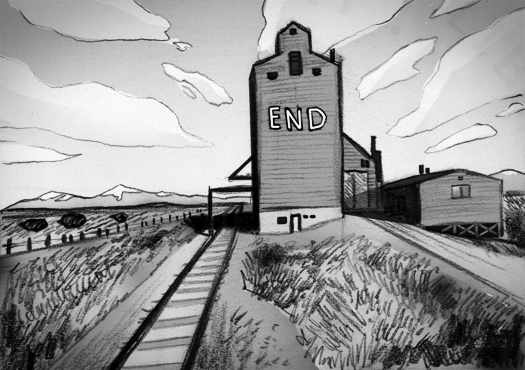 EPCOR CENTRE recently celebrated the 14th annual TransCanada Alberta Music Series(March 23 - 26, 2011). This unique festival is the largest gathering of Albertan musicians, with talent from across the province. The annual festival has been presented by EPCOR CENTRE for the Performing Arts for 14 years. Three years ago, through the generosity of TransCanada, the Alberta Music Series (previously known as The Alberta Sessions) was expanded to include more musicians, a Young Songwriters Intensive mentorship program and increased broadcast potential for the artists performing in the series. 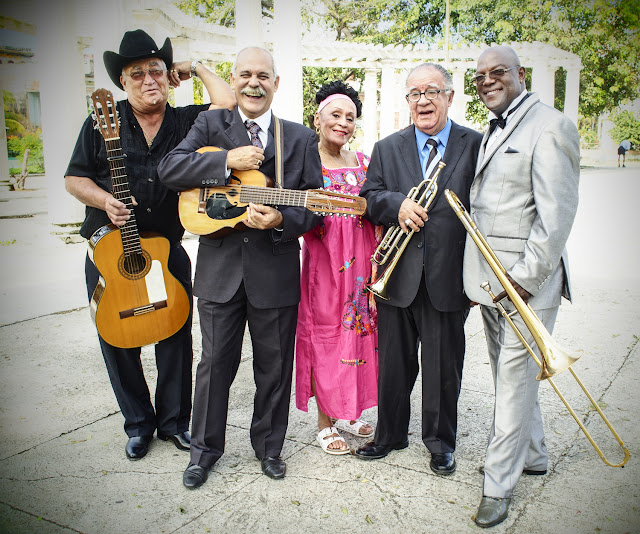 Written by Jodi Lucas Originally Published in Arts Commons Magazine NICK GOLD, WORLD CIRCUIT
“Buena Vista was a once-in-a-lifetime thing. We knew we’d made a special record but nobody could have imagined how it would take off.” RY COODER, BUENA VISTA PRODUCER
“We were lucky – we caught the tail end of a comet.” Many music fans’ first experience of Orquesta Buena Vista Social Club® was the enigmatic 1998 feature film by Wim Wenders which lovingly heralded what some called, “…that Buena Vista summer.” In what became a truly global sensation, the original lineup of mostly aging Cuban masters played only three major concerts together - one at Carnegie Hall and two in Amsterdam.

But these few gatherings and the initial recording of the CD produced by World Circuit record label head Nick Gold, and guitarist and voracious musical adventurer Ry Cooder, literally set the stage for worldwide sales of well over 9 million, multiple acclaimed solo albums, Grammy Award nominations for both the film …